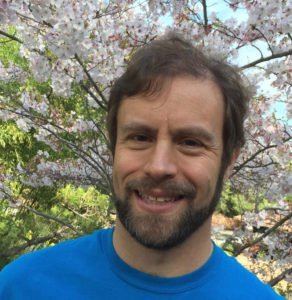 What do attention deficit, Tourette’s syndrome, obsessions, compulsions, and anxiety have in common? They all result from imbalances in the brain and autonomic nervous system. People who suffer from all of these conditions can learn to live focused, peaceful, happy lives, without the use of drugs. I know this because I have all of these conditions, and I have been managing them successfully and drug-free for many years. I have taught hundreds of other people to do this as well.

What is the secret? First, I do my best to create a generally healthy lifestyle, which includes good nutrition and sufficient exercise. Second, I have a daily practice of self-management that continually trains my nervous system to remain in a state of presence, or focused relaxation. You might think that such a practice would be a lot of work, or take a lot of time, but since I started my self ­regulation practice, I actually have much more available time and energy, because everything I do is more efficient and enjoyable!

I have felt the pressure to tic (make unwanted movements and sounds) since I was 8 years old. My anxiety started long before that. As long ago as I can remember, I was terrified of interacting with other people. I had nightmares, obsessive thoughts, and compulsions to check to make sure everything was “just right” such as touching things the same number of times with each hand. My ability to pay attention gradually diminished over time, and by the time I was in my third year of graduate school for neuroscience, I frequently was so stressed out that I could not even remember simple directions, such as “go down two streets, turn right and then make the next left.” I would ask over and over and eventually just give up. Getting massage helped a great deal, but it just wasn’t enough.

Fortunately I met a doctor who was doing some work with people who had Tourette’s syndrome, using a technique known as neurofeedback. Neurofeedback is performed by measuring brain waves with an electroencephalogram (EEG), then displaying the results on a computer screen, so that they can be understood and manipulated. By changing my brain waves, I changed my state of consciousness, becoming simultaneously more focused and more relaxed. I also learned to manage my muscle tension and my “fight or flight” reflex, with traditional biofeedback modalities such as EMG (electomyograph, a muscle tension measurement) and GSR (galvanic skin response, a measurement of sweat activity). I also found a very effective program of breath meditation based upon Kundalini yoga techniques.

With these new tools, I rapidly restored my capacity to function in the world, and became more effective and motivated than ever. I developed the neuromassage system and the holistic neurotherapy program to train others how to do what I have done. Since then, I have helped people with Attention Deficit Disorder, Tourette’s, obsessions, compulsions, anxiety, insomnia, depression and many other conditions to live happy and healthy lives.